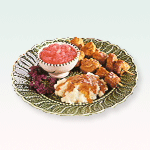 The flash satay method has become a widely used technique for embedding flash into valid XHTML documents. However, even current builds of Mozilla Firefox (at the time of writing, version 1.0.4) seem to have a problem which can have a serious impact on accessibility: flash content embedded this way swallows the tab focus, making it impossible to proceed beyond the movie when using keyboard navigation.

Of course, the core issue of embedded flash stealing focus is not new, but the fact that satay triggers this in Firefox - when Gecko based browsers have, up to now, been known to simply skip flash movies when tabbing, which was another issue in itself - is a novel and annoying variation, particularly when flash is used purely for decorative effects rather than functional page elements.

Certainly, this is a bug in Firefox, and by no means a shortcoming of the flash satay method itself. However, it's worth keeping this issue in mind when trying to create accessible sites. A quandary for web developers at this stage: use satay to create valid XHTML, knowingly breaking keyboard navigation in Firefox, or use the traditional embedding method, thus having to live with either invalid XHTML or reverting back to plain HTML?

This experiment doesn't offer a solution to the problem at this point, but serves as an example to highlight the issue.